THE BEST LICORICE EVER. WITH LOVE, WITHOUT GLUTEN AND GELATIN 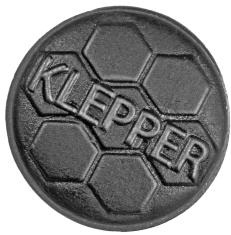 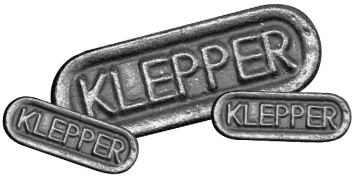 In the cheese store around the corner from us, Mrs. Wilbrink saw a bag of licorice. I grumbled somewhat straightforwardly that licorice from a cheese store could not be anything, fortunately she did not care. In the car the bag was already opened.

After one piece of licorice I hit the brakes: back to the cheese farm to get another bag! This licorice unfolds directly in your mouth, the taste is almost creamy, the licorice melts quickly, hardly sticks, the sweet and salty proportions are perfect. Soft, but firm. That’s how licorice tastes again. It did not take long before we came across the licorice of Willem Klepper and his son Huub at all our familiar addresses. Also at our beloved coffee place, against the counter, under the cakes. It was almost the opposite world: stores that did not sell the bags of licorice were obviously not that good.

Recently, I had the opportunity to present awards and give a speech at the Food Specialties Trade Show. I started talking about the miracle of licorice. The bottom line was that others can learn from the tactic of picking nice little stores that carry the same quality as your product. I knew the Kleppers were at the fair somewhere, but still didn’t find them. Meanwhile, more flavors were added. In addition to sea salt and full-sweet licorice, honey and laurel licorice were added. If there’s anything I hate, it’s honey licorice. And what turns out? It can be delicious! With twelve percent honey from De Biesbosch. And that while other honey licorice contains a maximum of two percent. Then an email came in from the Kleppers. They had seen the recording of my speech. They asked whether I would like to visit them in Castricum, in the stand where it all started.

Willem Klepper: “On Valentine’s Day thirty years ago, as a young man, I stood in my own candy stall for the first time. It was raining and storming. My parents came to watch and stayed in the car waving, that’s how bad it was. But people came wanting candy. I was flabbergasted. Who walks through the rain and storm for candy? Then a switch went on: if people are going to make that effort, then you have to make sure you have the best candy.” Father and son have a high step-leg and son content.
They are entertainingly good at explaining to each other what your reporter means by his question. The avalanche of information (mostly secret) flowed on and on. The factory that makes the candy for them is one of the last small candy makers among a number of giants that have long ceased to go for quality. The gentlemen prefer not to reveal their recipes and also keep their future plans in the middle. So let’s go back to five years ago. Willem was eager to celebrate his twenty-fifth year in the stall and release a special anniversary licorice. “From the manufacturer we had understood that the molds alone cost thousands of euros. Of course my name had to be in it too. For 1500 kilos of our own licorice we had to pay a very large amount of money, but I was willing to do it. But what kind of licorice? The manufacturer had already warned me that a new recipe would also be expensive. Suddenly I remembered the wet bats.”

Bats
Really, the gentlemen sit with a straight face and tell about the wet bats they sold for a soft price. After some insistence, “Those were licorice drops in the shape of bats whose recipe was just not right. They attracted moisture and became wet. You can’t sell that. We held that back a bit, but still, there was a demand. In fact, people came for it! We thought they were wet because there was a certain flour and so we decided to make gluten- and gelatin-free licorice. We went to work with the wet bat recipe and that’s where our licorice came from. We didn’t think about selling at all. My son was already putting it away in the mixed bags until people came back for it.” By now, father and son have almost no time for their stall. Business is going so well that they visit trade fairs. Maybe there is foreign interest, maybe there will be more flavors… One thing remains: they want to be at the small retailer with beautiful products. They have seen the supermarket’s obstacle course. No, they prefer to be in places where nice people are looking for nice things. And on the market of course, where they come from. The Best Licorice Ever.

Search for tastes
Much of what the Kleppers do has never been seen before in the candy world. Like the search for real sea salt, Celtic sea salt. They had read that Celtic sea salt was supposed to be healthy… That’s why there is now Celtic sea salt in the salted licorice. For the honey they travelled all over the country until they found a beekeeper in De Biesbosch who could supply enough real honey. They now walk around with a bottle of concentrated bay leaf extract from a Dutch herb garden. What flavor do you think is coming soon?